Why you should avoid the use of PVC in printing

We should not try to eliminate the use of plastic in printing, but we should choose to avoid the use of PVC.

The impact of plastics on the environment and our daily lives is currently a hot topic. Regrettably, it is very difficult to have an accurate picture of the real impact that certain plastics have on the environment through their complete lifecycle. The statistics available are hardly comparable across different materials, but there is consensus about the challenges brought by PVC.

The pressure upon industries to become environmentally friendly has increased during recent years. Eco ‘buzzwords’ such as global warming, climate change, carbon footprint and many more have been driving public opinion and the markets. For any company it has become a vital necessity to show its participation in the movement, openly revealing the progress of its change to more environmentally friendly and sustainable processes and products.

One of these buzzwords that has more and more become the center of attention in recent years is Plastic. By definition, plastic is a group of materials made typically of organic polymers based on a wide range of synthetic and semi-synthetic organic compounds. Most common representants of plastics are e.g. Polypropylene (PP), low- and high-density Polyethylene (PE), Polyethylene terephthalate (PET) and Polyvinyl chloride (PVC). 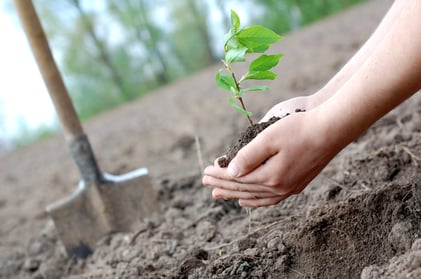 Plastics are used in such a variety and for so many applications, that it nowadays is the most common material found in any household or company. This even goes so far, that the time we live in now has been titled the ‘Age of Plastic’ by some, for plastic being the most defining material of our time and age. This is supported by numbers, with the use of plastic having gone up from a mere 50 million tons in 1977 to an impressive 322 million tons in 2015. In less than 40 years, humankind has increased its consumption of the material by more than six times and is continuing the gigantic growth. For 2019, the estimation was already at around 400 million tons production, and if the growth rate keeps stable, by 2050 over 1,600 million tons could be produced globally.

Of the 322 million tons of plastic produced in 2015, about 38 million were a specifically problematic variant called Polyvinyl chloride – better known as PVC or Vinyl.

It is understandable why PVC is so widely spread in the printing industry (among many other industries), since PVC is versatile, can be produced into rolls and flat sheets of any size, thickness, and color, It is lightweight and durable, but among all those reasons  the most significant driving factor for its wide use is its cheap cost.

PVC bad reputation and concerns are largely revolved around the following issues:

The chlorine-based molecules of vinyls are linked to several health concerns. Chlorine, a known human carcinogen, makes up to more than half of the compound and creates dioxin when PVC is manufactured or burned.

PVC contains many toxic additives, stabilizers and plasticizers, such as phthalates, lead and cadmium. Phthalates, a group of chemical plasticizers adding resilience and flexibility to PVC, can easily leach or evaporate. Causing a multitude of health issues ranging from hormonal changes in humans to being a severe cancerogenic. This for example means PVC is not safe to be in contact with food or suitable for products intended for children.

PVC has a lower melt temperature and produces poisonous hydrogen chloride gas and dioxin when burned. This causes a serious health hazard for example, in case of been incinerated. PVC can be recycled when it is kept separated from other resins. The problem is that the material’s recycling percentage is low and due to its high chlorine content – a piece of PVC can ruin a whole batch of otherwise recyclable plastics. If you mix PVC with other plastics, it can contaminate the entire recycling stream.

Sometimes, under specific storage conditions, the plasticizers might migrate to the surface, penetrating into the printing ink and softening it. This is possible even after the ink has dried. This migration phenomenon of the plasticizers happens because the plasticizers are extremely solving substances. That is why there can be a risk that a job that has already been delivered in perfect condition might have a complaint weeks after delivery.

Unfortunately, PVC is still largely used in point-of- sale (POS) advertising, but also in other areas where people, and worst young children, can touch it. In the same way PVC used in advertising often is found in close proximity to food, leading to potential contamination.

It is possible to eliminate the use of PVC but demands a commitment to prioritize the environment and health ahead of budget. A successful example is L’Oréal, which implemented a responsible packaging policy since 2007. Later on, in 2015 extended this process to include POS advertising materials. Since 1st January 2018, the Group has not used any PVC-based material in the production of its finished products.

At Stafix Ltd, we believe that the use of plastics in advertising, such as POS applications will continue for long time ahead. Therefore, we recognize the need to select POS printing materials that would have the least possible impact on the environment as our commitment to reduce the environmental impact of our industry.

We will continue our strategy to avoid the use of PVC in our portfolio while looking into new and even more sustainable materials. 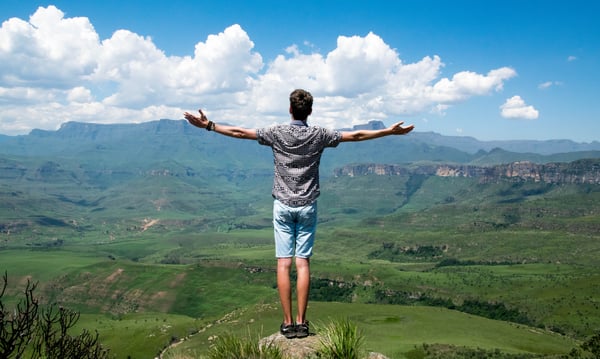